I don't often write about "real life" things here (I usually reserve that for my other journal) but this is something that exists for me, no matter what plane I am interacting on.

My spirituality is a part of everything I do. It's not just a "weekend for an hour or two" thing, and it's not Christian (or Xtian as we often say, referring to Roman lettering).

I have a background of Xtianity growing up, but it wasn't fundamentalist, and I was always encouraged to seek my own path. Over the years, that path has more or less led back to the beginning; e.g., my heritage, for one.

I am, by matrilineal heritage, a Hungarian Shaman. I am also a descendent of Celtic tribes on my father's side. The Shamanism made itself known and has been a part of my life pretty much since the day I was born; the Celtic Wicca came much later.

I consider my spirituality to be far more than the labels anyone seeks to place on it, and it incorporates what I consider the "good" and "useful" things from all religions which have touched my life, including several denominations of Christianity, the Baha'i Faith, Wicca, and Shamanism. While it is true that I am a 3rd-degree High Priestess of Celtic Wicca, it is also true that I am what I'd call a "natural" or "nature" witch. I am constantly aware of the energies around me. I am always in touch with Nature around me. I'm fully aware that I have many unseen Guides and Helpers, some of which I know of, some of which prefer to remain in the shadows. I don't "worship" a pantheon of gods; rather, I work with the Deities who make themselves known to me and wish to work with me on something.

In general I follow the Wiccan premise of "An it harm none, do as ye wilt." It's not in my nature to cause deliberate harm; this doesn't, however, mean I cannot defend myself or that I won't cause hurt unintentionally. I am human, after all.

There is a group and a sim on Second Life that has become important to me. They care called Sacred Cauldron. They have, amongst many things, public ceremonies to which all are welcome, regardless of beliefs. One of these ceremonies is the Morning Charge or Morning Devotional. It is usually held at a Shrine of Artemis, which is very beautiful. 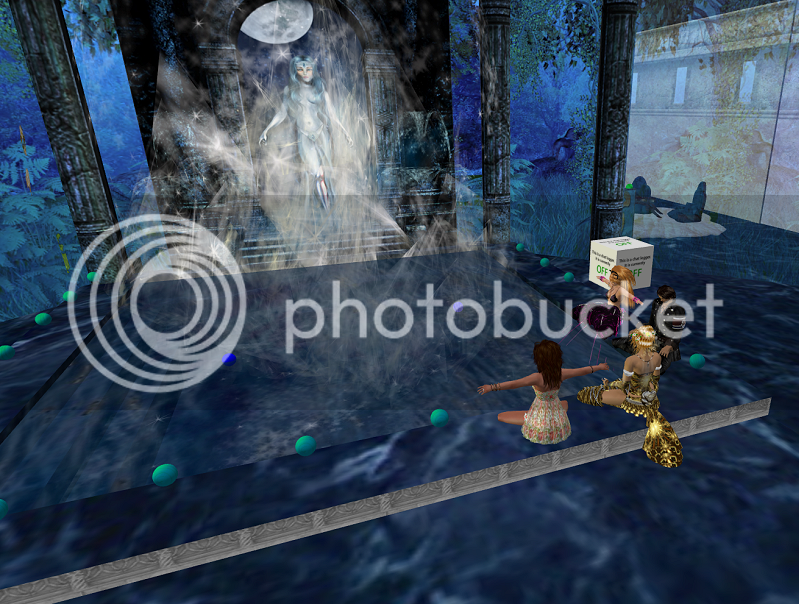 Too often in our lives we fail to take time out to meditate on our lives, on where we are, where we are going, and, most importantly, what is good and what we are thankful for. This morning ceremony gives me the chance to do that, with others also moving in a similarly positive direction. Some mornings, the energy is very powerful and affects me all day long. Other times, it is just nice to have that quiet moment to refocus on what's truly important.

I invite you all to check out the group and think about attending at least the morning ceremony.