We have done a lot - and I mean, a LOT - with the clans and our sim over the past week or so.

It all started with the rebuilding of the sim. We decided we wanted flatter land, a castle that could be public for everyone, and somewhere we could house everyone that had enough space. It's not that there was anything wrong with the castle I built, unless you consider the massive amount of prims I put into it, detailing it here, adding onto it there.

We elected to buy some prefabs for the main castle and the residences. The castle is one many are familiar with; however, we are tweaking it here and there to make it our own.

The residences took the form of a rather tall tower. It's actually over 100M tall...and this got us into trouble with the rest of the little private estate our island was a part of.

Crap left me an offline and said either it had to go or we did.

The idea of moving and renaming the island had been bouncing around in my head for quite awhile before this point. We'd upped the sim rating to Adult. We were developing DCS combat and roleplay. We had some D/s going on, and there were other factors that made a move a smart thing to do.

Besides, how bad could it be? I was already paying base tier. If there was a serious problem, I was the one going to the Labs about it and getting really decent service.

It cost a chunk of money but Crap agreed to cover it and we've already paid half of it back. We got moved AND renamed in one fell swoop.

Within 24 hours, Isis Cove became Forsaken Eclipse, on another location on the grid, entirely - exactly one sim's width away from Saint Martin, the home of Shadow Knights.

Our numbers have been growing steadily with the occasional leap. Elo came to our family with 43 souls, and not only is proving to be an asset all on her own, she helped fatten the soul counts considerably. Some days we leap, other days we grow a soul at a time. Either way it's all good and everyone is happy.

I threw a sim surround around our island and it looks great. All buildings are around a central pond that has water lilies, swans, and loons in it. It also has 7seas fishing for those who love to partake.

I put up not one, but two treehouses. The first one is the famous Denmark by Tobias Novi and the furry crew has claimed it. The second is a somewhat fanciful one I found at Felix's and I plan to put rental signs up on the four little bungalows at the top.

The inter-sim teleport system took a wee bit of doing, but I did get it working. Now all major locations on both sims show up on both systems, and you can use it to go from one sim to the other. Now, to get people to use it....LOL! 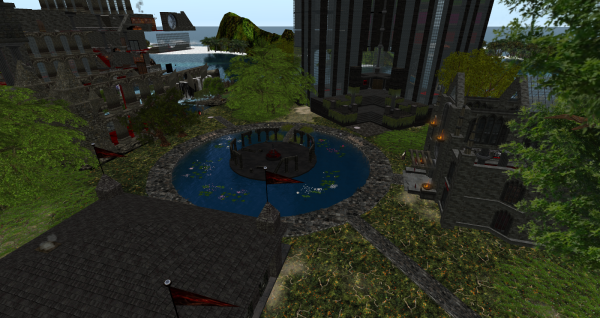 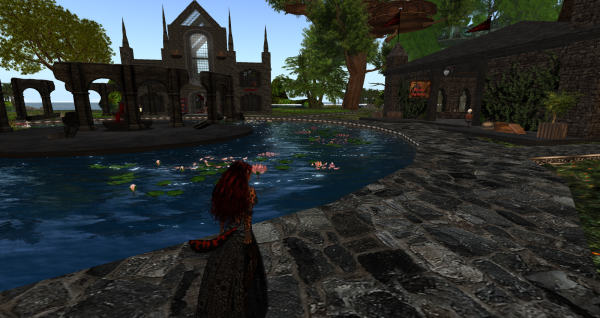 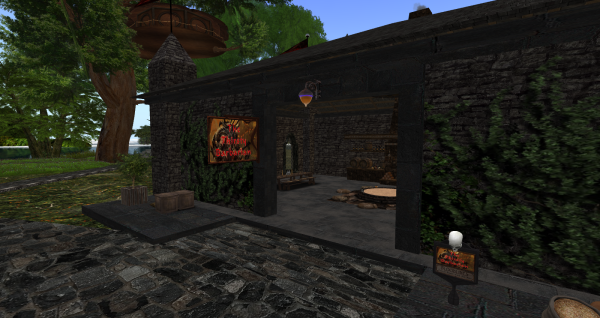 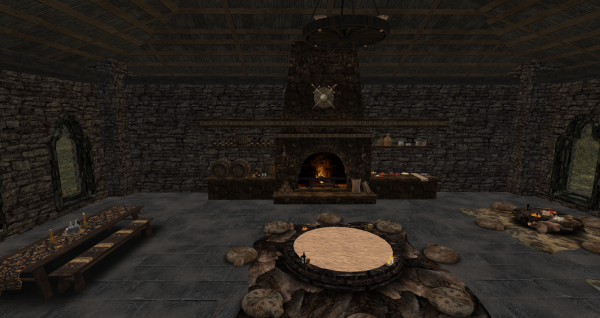 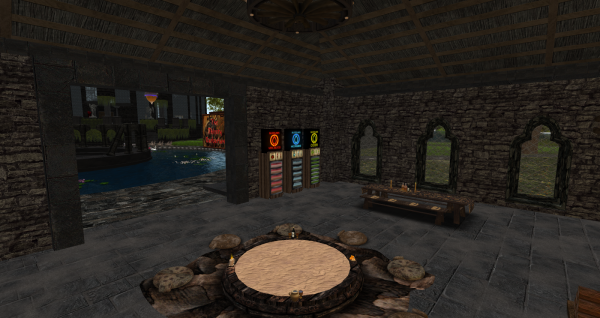