I met Shadoe weeks before Berial left. He was partnered at the time; he and his then-wife were looking for a good clan to join.

We fell out of touch, and then I contacted him again after Berial left. He'd broken up with his wife and the story he told wasn't a very good one. It seems she and her friends stalked the daylights out of him.

We got to talking, and the more we talked, the more we began to like one another. He's three years older than I am in real life, and, amazingly enough, we're both under the same zodiac - with the same ascendant. We're both very true to our signs and it makes us incredibly compatible.

We started dating in SL, and it wasn't long before both of us had to admit we were falling for one another. Some may call it quick, but when you feel like you just got back with your best friend, you know it's the right thing.

One of our clanmates is in a motorcycle club, and Shadoe is a motorcycle guy, so we're checking it out. They're a group of incredibly friendly people and the short time we've spent with them has been nothing short of fantastic.

I never saw myself in an MC, but I have to admit that I love motorcycles, and most of my former boyfriends when I was younger, rode them. I've never owned one myself, but if I could afford it - and learning how to ride it - I probably would. I remember riding with my boyfriends and loving it.

Here I am, rocking a more "countrified" look, relaxing on my new bike: 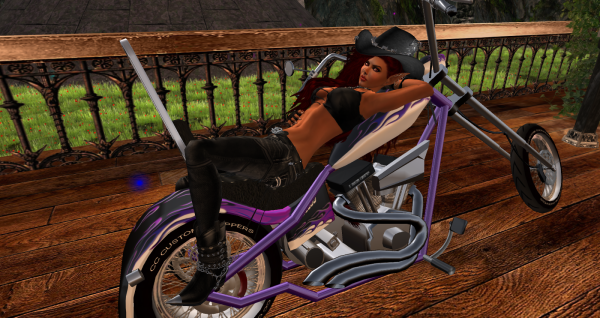 This is all new to me, but I love learning new things. So far, I'm a lousy driver. LOL!

Last night, while I was dancing with Shadoe on SL, I noticed that Tayla had defriended me. Considering what has happened with the rest of that group, I thought she had done it on purpose, and I did get upset and start to cry. When I found out that it was something the system did, and she re-added me, I had to stop and think of what a mess I have been, despite everything, for the month of July.

When Erika first came to me and started the clan, she told me about Berial, and how important he was to her, what an honorable guy he was. She watched me go through a roller coaster of ups and downs, not only with the situation of our having to move last year, but all the dysfunctional bullshit I faced in virtual worlds. Not once did she run or back down. Not once did she desert me...then there came a time when her RL partner was having issues with her being on SL, and she opted to take a hiatus.

She encouraged Berial to step and help me. He did, starting as warlord. We started getting to know each other better, talking on Skype and so on and so forth. He promised me, that no matter what happened, he would always have my back and would never leave unless I asked him to.

I told him, and his friends, about my issues with abandonment, that it had happened so often in my life, with critical people, that there were times I might reach out a little more than others. They all reassured me that they would have my back.

Everything was going well until June, when all hell broke loose. I would be going over old ground to repeat it all, but two things became very clear to me.

One, Berial and I never should've tried going down the romance direction. The disparity in our ages and interests couldn't be bridged. He used "everyone is gone in summer" as an excuse to play PC games, rather than staying with me in SL and helping me build things. He was wrong about "everyone being gone". I've actually found people who have since joined my clan, some of which have come back after a long break. Not "everyone" is busy elsewhere; there are plenty busy right here.

Two, we would have done just fine as friends. If he wanted to go off and play games, I would've been disappointed, but I would not have gotten as upset as I did when I was left alone, again and again. And I'm sorry - playing games and interacting on the general Internet does not have the same depth of interaction as you have in virtual worlds. That's what makes virtual worlds so special. There's something about having a 3-dimensional body interacting with others who have the same that cannot compare with text on the Internet, or even voice.

I met him on SL, and I wanted to have a relationship with him, based primarily in SL. Somewhere in the mess, he made a decision that he didn't want that. Problem is, he let things go till I lost my cool, then used that as an excuse to leave. I tried talking to him. I tried understanding, and was left to make assumptions he claimed weren't true - and yet, he did nothing to change my perceptions. Communication is SO important, and when you don't have it anymore, things begin to fall apart.

As far as I'm concerned, any romantic relationship we had ended sometime in June, when he chose to spend his free time playing PC games, rather than with me in SL. I told him I felt like we had to start over, because I felt very out of touch with him. He got upset over that, but, then again, he did nothing to influence my perceptions.

It hurt me very badly when Nuku, then Nyky, decided they couldn't be my friends any longer. I had no beef or difficulty with them. I was left to conclude that I was worthless to them as a friend because Berial no longer wished to speak with me.

For most of the time from July 6th till now, both Tay and Maia have been fairly incommunicative. A part of that is due to me needing to apologize to Tay, which I did, and we resolved our differences. Another part is their kids have been driving them nuts. Yet another part was the shakeup they felt when a woman in the same apartment complex was murdered by an obsessive ex-boyfriend, right in front of her daughter. Yet another part was them both trying to figure out what they want to do now - if anything - with SL.

Maia has stayed living on sim, and has been voluntarily teaching people DCS. Tayla hasn't been back into SL except to get me off her collar and get Berial's soul, then to feed their minions when they almost ran out of blood/lumens. I'd fed Maia because I was grateful he was still around and teaching people.

Just a little while ago, I looked up "abandonment disorder" on Google. I know I have abandonment issues that manifest themselves, especially when I've lost friends or lovers. My former psychiatrist and I determined that this was a form of PTSD. I am not diagnosed with Borderline Personality Disorder and I don't behave like someone who is when they face an abandonment. Be that as it may, I've had abandonment issues going back as early as my adolescence with a father who was a drunk and kept telling my mother - in front of me - how he couldn't wait till I grew up and moved out. I will agree that the paternal neglect and occasional violence (he got violent when drunk) during my early years had a detrimental effect on me. It would probably be far worse, except that my mother and her family served as an "anchor" in the face of all that. That collapsed after my father abandoned us and my mother became alcoholic in my early teens.

Later in life, I would be literally terrorized by fellow Pagans I thought of as family, and abandoned by my second husband, who, it turns out, married me because people told him not to.

I have plenty of reasons to react badly when people turn away from me, especially people who promised not to do that to me, and who knew enough about my past to know it would cause me great harm for them to go back on their word.

Yes, I was abandoned on July 6, by someone who promised not to do that. Despite that, I found reason to apologize for my reactions, as I knew they caused hurt. That apology has not even been acknowledged by the man who broke his promises to me. A simple 'thank you' would have been nice. A "okay I didn't handle that well, either" would've been a bonus.

Nothing is worse than absolute, complete silence.

So when I "fell off" of Tayla's Skype friends list, I burst into tears. I automatically went into mourning, and when she told me the system was at fault, and refriended me, I didn't know what to do with that. Then it occurred to me that yes, there were scars and pain left there, despite my new relationship with Shadoe, which is going along great.

I lost people I thought were true friends. I lost a cat that still isn't back in the house. I need to forgive myself for bursting into tears when I think yet another has walked out of my life. It's very hard not to blame myself. On the reverse, I want to rage because it was not all my fault and I have a right to my feelings, just like I was given the expectation that I could get those feelings addressed, without the threat of abandonment. My worse fear came true and all the fears I'd had up to that point got validated. The other shoe DID fall. Just how are you supposed to react when people betray you on that level?

Shadoe is my best friend as well as my SL fiance. He went through hell with his former SL wife. He allowed me to rant and rave and was there to catch me when I fell. I of course reciprocated, and we found a measure of healing together. I guess we're both still healing, even as we nurture and grow our new relationship. 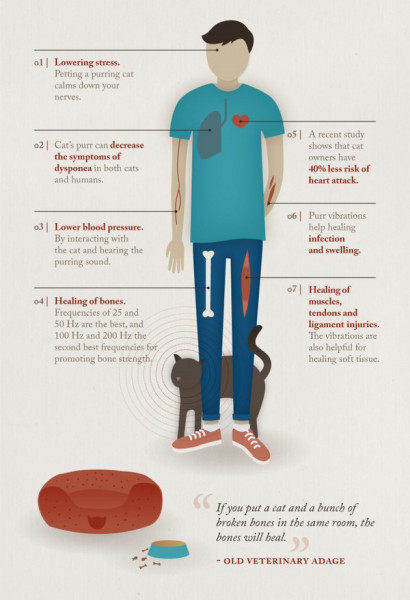